How his team selected Debra Stefan for the reality TV show:

Steve O'Grady for Joker Productions on filming a weight loss retreat reality TV show ...
“After much research, we found the most private location with the highest reputation.” 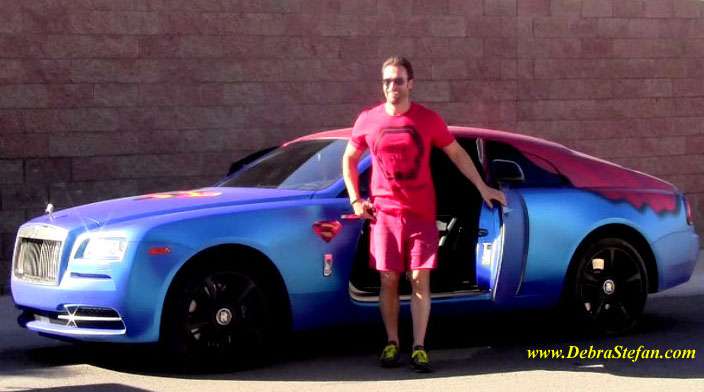 Debra Stefan live-in weight loss retreat is a private location serving invited guests only. German billionaire, Bastian Yotta and his wife Maria had come to work out with Debra. They were in for the most unique “non-gym” workout of their lives. The crew shot the first episode of season one to air in the fall.

Bastian Gillmeier was once nearly 100 lbs. overweight, suicidally depressed and broke.  Our featured weight loss guest, Dave was in the same condition when he came to meet Bastian. The episode features Bastian and Dave working through some fears and challenges.

The weight loss retreat reality TV episode was the perfect theme to open the fall season. The TV show called “Yotta Life” depicts over the top, extravagant lives of the stars.  At the same time it is fun and sexy. Cameramen scrambled to catch all angles of the two curvy Yotta women. Push ups, bear crawls and jump rope scenes played up their ample assets with both front and back views.

The TV shoot started with the Yotta couple arriving in a Rolls Royce. The car is custom painted as a Superman car complete with a red cape over a blue body. The couple resembles super heroes and play it up to the hilt. Personal assistant and Playboy centerfold, Debbie accompanies Maria Yotta everywhere. Both women are in costume and must change their 8″ platform stilettos before the workout.

Bastian personified the zaniest of superheroes. With one hand he cupped his man parts while performing the explosive tornado ball drill with the other. Then he saw one of Debra’s many bicycles and jumped on to ride backwards like a stunt man in the circus. So it was a thrill a minute with the Yotta man on location. Bastian commented, “this is the perfect “Yotta style” adventure!

It was fun and outrageous at the same time. The scenic backdrops of the Las Vegas skyline and desert mountain range highlighted the experience. Three obese male clients participated. Bastian and the girls focused on encouraging “Dave” who is an overweight 62-year-old veteran over 350 lbs.

How does the crazy theme of Yotta Life reality TV fit into Debra Stefan Fitness and Live-with Weight Loss? Tune in to watch the first season episode in the fall. You will see the unique outdoor workouts that Debra is known for. This is where the fun factor replaces the indoor gym.

What you will also see is the many lighthearted antics of the Yotta group. At one point the ladies seemed to be struggling to learn the sledge hammer drill. The initial goal was to coach them to master the technique. They said that they preferred to appear awkward and weak in their characters. Okay… got it. The femme fatales as the weaker gender!

1)  Hill descent into a steep, flood channel and medicine ball slams into a concrete wall

10) Agility ladder and mini hurdles by Maria and Debbie

Maria learned to run through the turning long jump rope without jumping. The timing was challenging but soon Debbie and Bastian joined the activity. Dave doubted his own ability to do the jump rope drill and declined participation.  Bastian had just learned the fun drill himself and put his arm around Dave’s shoulder. “I think you can do this. Come on, let’s try it together!” The girls cheered as Bastian led Dave though the drill. Success met with high-fives and cries of “Yotta! Yotta! Yotta!”

Stephen O’Grady, logistics manager for the show, explained how his team selected Debra Stefan. “After much research, we found the most private location with the highest reputation. We hoped Debra would agree and we are glad she did!”

This is not the first time international TV has filmed at the live-in weight loss retreat. Dr. Christian’s “Supersize vs Superskinny” shot an episode feature at Debra’s outdoor workout. The BBC show syndicated to OWN Oprah Winfrey network since 2009.

As the Yotta girls changed back into their stilletos, the cast said goodbyes. Bastian stated in his thick German accent, “I’ll be back”! 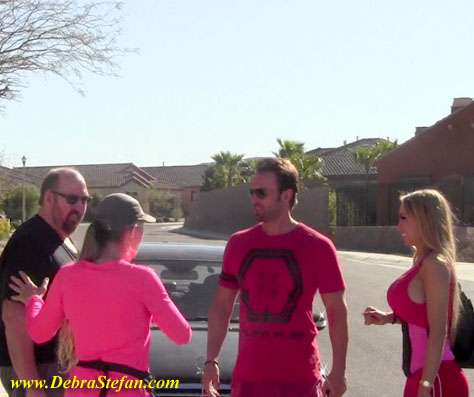 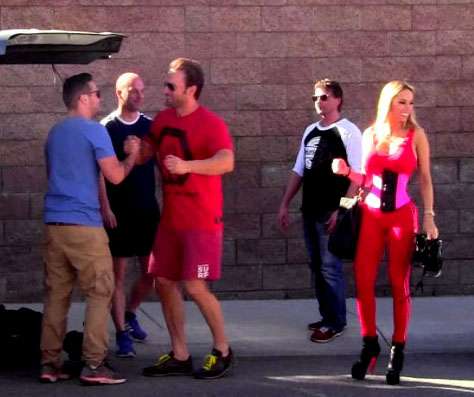 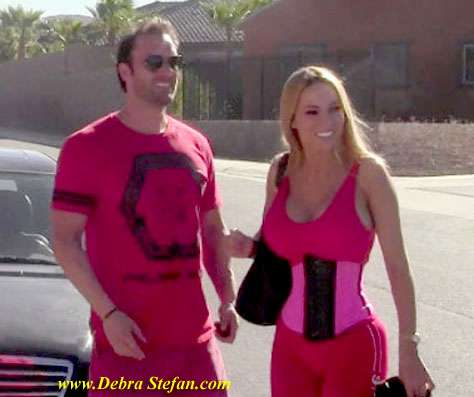 Debra is a fitness speaker/educator, group fitness instructor, certified personal trainer, jump rope coach, and master yoga teacher with professional fitness experience since 1971. Her fitness courses received university accreditation and professional development for educators. She is the 2020 Educator of the Year for the League of American Bicyclists. Outdoor biking is a year-round daily activity at the Debra Stefan Fitness Residence. Six-pack seekers to seniors and morbidly obese find the private fitness residence to be "home away from home." See Debra's VegasFitness1 YouTube video channel for actual client adventures in the pursuit of wellness. https://www.youtube.com/vegasfitness1