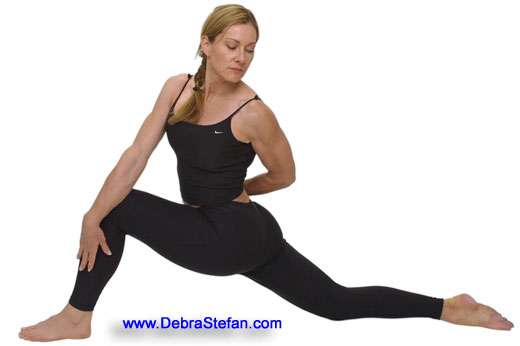 The Beatles went to India in 1967 on a fitness lifestyle retreat where they met yoga guru, Maharishi Mahesh Yogi. They were initiated into the practice of  TM-Transcendental Meditation.

After the fitness lifestyle retreat, all but George Harrison took yoga as a passing trend. His songs reflected the change that made him a more introspective person.

By the end of the 60s, focus had moved onto more psychedelic pursuits and focus on the Viet Nam war. However, Hollywood trendsetters still favored the physical yoga practice, which kept the fitness lifestyle retreat business alive until the movement trickled down to a fanatic few by the  early seventies.

Yoga did not make another resurgence until the late 90s after the fitness industry finally recognized it as viable “Mind-Body Fitness” exercise and began to promote it.

Yoga was then assigned it to this new category along with Pilates, Tai Chi, and Feldenkrais. To follow the new trend, certification agencies began to market credentials at weekend workshops and fitness lifestyle retreat marketers began to devise various new themes to brand. All of this is good when it brings new exercisers into activity. However, the departure from the original theme is so rampant that I believe a rant needs to be made on the real meaning of yoga.

The literal translation of the word YOGA comes from the Sanskrit language and it means, “union”.

Sanskrit, like Latin, is a dead language whose origin is key to learning many modern dialects. “Union” of what? That is, the union of body and mind. The yogis believe that the highest purpose of yoga is to realize the Self, the absolute pure spirit of a being. In order to get in touch with one’s self, certain physical postures can be beneficial to maintain the ability to relax and transcend the distraction of your physical body. Only then can an individual relate to an inner spirit or higher calling. This is done when meditation is achieved.

The more lofty form of  yoga is Raja yoga, the science of the mind.

Raja yoga uses physical postures of Hatha yoga as preliminary to meditation. Concentration is the primer for Meditation. Meditation is the most advanced form of concentration. Mainstream yoga classes are not conducive to basic concentration, much less meditation. Why? When the room is so hot that all you can think about is tolerating the discomfort while you stare at yourself and others in the mirror, this would be called an outward focus. The focus is on how you relate to the others in the room, how you compare, how your body looks and performs. This all takes place on a very superficial and physical level. This is not conducive to concentration, let alone meditation.

How does yoga teach one the ability to concentrate?

The yoga practice environment must first be appropriate for establishing an indrawn awareness. That means that all outward distractions are kept to a minimum. The classic forms of yoga practice will avoid mirrors in the room at all costs. Existing mirrors need to be covered so that participants are not drawn outward or to the exterior focus. The practice room is dimly lit. The instructor does minimal demonstration if any. After a brief overview of the class format, everyone is encouraged to maintain closed eyes and listen to precise directions. This will heighten awareness and reduce outward distractions. Each attempt to focus becomes more successful with practice.

All yoga class instructions must be verbally concise so as to guide the participant into their most natural interpretation of the physical movements possible.

Intuition toward one’s body will become keen and accurate with the appropriate interpretation of performing physical postures for that individual. This is not possible with excessive visual demonstrations by others. The influence of a visual demo can be very misleading to an individual who may not be able to posture exactly as seen. This causes negative feelings of inadequacy and places emphasis on the performance of others.

If you are still with my diatribe at this point, you will easily understand when I state that most of today’s trendy yoga followers will never make it into a state of indrawn awareness. To focus within, is to develop the true ability to do yoga–to become yoked with body and mind.